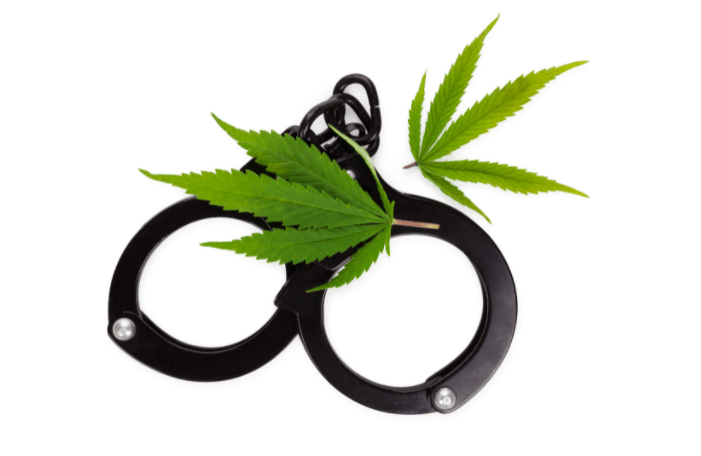 Earlier this year, Senate Majority Leader Chuck Schumer (D-NY) stated that cannabis reform is a priority for 2021. On February 1st he announced on Twitter that “The War on Drugs has been a war on people, and particularly people of color. Ending the federal marijuana prohibition is necessary to right the wrongs of this failed war.” Schumer began working alongside Sen. Cory Booker (D-NJ) and Senate Finance Committee Chairman Ron Wyden (D-OR) on draft legislation, detailing the proposed policy change at a federal level. Their released, joint statement showed promise for “comprehensive reform to ensure restorative justice, protect public health and implement responsible taxes and regulations.”

In 2020, the Democrat-controlled House approved the Marijuana Opportunity Reinvestment and Expungement (MORE) Act to federally legalize cannabis, which was blocked at the Senate level. Advocates have since been waiting in anticipation for a new piece of legislation to bring promise to the future of cannabis reform.

On July 14th of this year, Schumer, Booker, and Wyden introduced the 163-page discussion draft to address areas of concern and potential improvements in five main sections:

The bill aims to “decriminalize and deschedule cannabis, to provide for reinvestment in certain persons adversely impacted by the War on Drugs, to provide for expungement of certain cannabis offenses, and for other purposes”.

To best serve our community, we have outlined the main points of each above mentioned section to include a benefit and need for improvement based on what has been proposed in the draft. Realm of Caring will also be submitting written commentary to the United States Senate Committee on Finance.

The most noteworthy aspect of the bill is that it would remove cannabis from the Controlled Substances Act within 60 days of enactment. This fulfills one of the main goals of descheduling.

To clarify, this does not federally legalize cannabis. Descheduling by removal from the Controlled Substances Act is a step in the right direction for the cannabis industry as it means that cannabis may be treated and regulated similar to alcohol and tobacco. However, state law would still control the possession, production, and/or distribution of cannabis products. Although cannabis would be descheduled, a state has the choice of whether or not they want to legalize cannabis. And if states legalize the sale of cannabis, then this section also establishes 21 years old as the minimum age to purchase.

The background for this section  illustrates the plea from researchers to have access to cannabis that is used in real-world recreational and adult markets for clinical trials. It states that “the DEA’s past failures to expand federally-approved production of cannabis have further limited the productivity of their research”. However, the emphasis on conducting research for the plants medicinal ability is an afterthought lost amid the research geared towards finding damaging effects. There are detailed, time-bound goals for determining the societal impacts (i.e. traffic related deaths and violent crime rates) as well as providing funding to states to collect data and raise awareness on driving under the influence of cannabis. However, Section 202, directs the Department of Health and Human Services and National Institute of Health a hodgepodge of topics including effects on the human brain and impact of health conditions and only one mention of identifying the “potential medical benefits”.

Legitimate research to understand the medical benefits of cannabis allows for an opportunity to truly de-stigmatize the plant. When introducing the draft, Booker mentioned meeting the families who were moving to legal states to source a life-saving therapy. He recalls, “the brave young girl sitting in a wheelchair had over, at times, 100 (seizures) a day. And her mother was what you call a ‘marijuana refugee’ because it was illegal in her state. So she moved to a state where marijuana had been legalized at the state level but she talked about the fact that she was still violating federal law, and that she could be prosecuted, that the person that was providing it could be prosecuted, that universities couldn’t study marijuana to get the dosage right for her child.” Based on this speech, one might argue that making research a priority at the federal level for finding “potential medical benefits” should be a priority, not an afterthought.

This section carries the most weight of the draft and potentially holds the most benefit as it aims to achieve “justice for those targeted and hard hit by the War on Drugs”. Here we have the goal to decriminalize, or to stop treating cannabis involvement as illegal or a criminal offense. This section:

Non-violent federal cannabis offense excludes many individuals incarcerated for ancillary charges as well as cannabis offenses. While the “non-violent federal cannabis offense” may be expunged, the drug-related offenses connected to the cannabis offenses may not (such as money laundering, property crime, or racketeering), leaving several individuals vulnerable to resentencing. There needs to be clearly defined literature and timeline requirements in this section as well. Those affected should have an understanding of what it means to have these convictions expunged when re-entering society, and to have transparency on when release or removal from their record would take place, if eligible.

Taxation of Cannabis and Establishment of Trust Fund

There is an eligibility for a 50% reduction in taxes, via a tax credit, for small cannabis producers with less than $20 million in sales annually.

These taxes would be allocated a follows:

The creation of the Opportunity Trust fund, while altruistic in nature, creates a financial burden to cannabis businesses and cannabis consumers. Consumers may be subjected to as high as a 37% sales tax on retail cannabis in certain states. Heavy taxes place unreasonable burden on the consumer who may be relying on cannabis as their medicine – whether or not purchased medically or recreationally.

A potential benefit of this section is that it would allow manufactures of cannabis products to make claims about the benefit of their products in the same way that other dietary supplements do. They would be allowed to make “structure-function” claims (how the product would affect the structure or function of the body) as long as the claims are supported by scientific evidence and accompanied by an FDA statement.

There is no question that we, as a country, have a moral obligation to build restorative measures for those who have been negatively affected by the War of Drugs. Black and brown people and communities have been unfairly targeted and are still paying the price for an exploding industry that the majority of Americans believe should be legal for recreational or medical use. If we want to reinvest in these communities fully, we need to accept responsibility for the decades-long stigma as well.

If we are to empower states to implement their own cannabis laws, as the draft suggests, then we need to provide these states with research and actionable, time-bound steps to give these mentioned sections substance. The sections are left ambiguous at best and do not work towards destigmatizing cannabis. Through the comments of stakeholders we hope to see more clearly defined objectives and terms, more emphasis on research, and less burden on the current cannabis consumer. 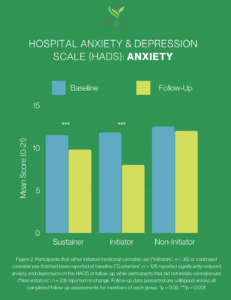 Which Strains Are Best to Avoid The Munchies?

If  you have tried a Δ9-Tetrahydrocannabinol (THC) potent cannabis strain,

Arthritis is one of the most widespread health conditions in 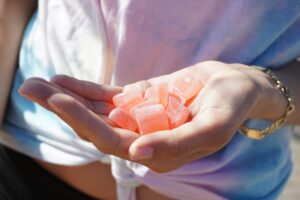 As far as phytocannabinoids go, there is a new kid

PrevPrevious6 People Share: How Cannabis & CBD Helped Me Sleep
NextCannabidiol (CBD) Product Use and Health Among People with EpilepsyNext