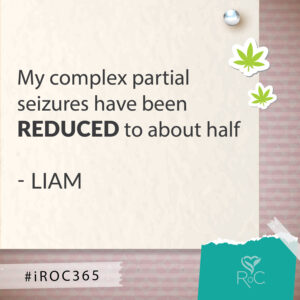 Since I began taking CBD oil, my complex partial seizures have been REDUCED to about half as often. I used to have them about twice a week but only about once a week since CBD. It has also reduced my auras a lot. I used to have auras almost every day but now it’s down […] 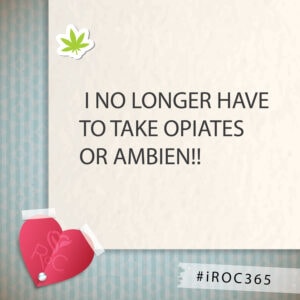 I was contemplating suicide because of the pain and feeling hopeless

Now my worst days are better than my best days before CBD. My fibromyalgia symptoms have decreased by 80% with some days not having any symptoms. That hasn’t happened in over 25 years! My headaches and the pressure in my head are gone. I no longer suffer from interstitial cystitis or any painful bladder symptoms […] 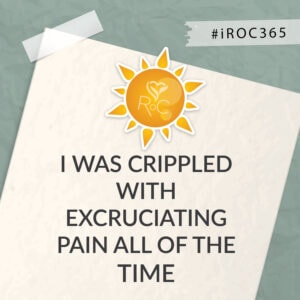 I was crippled with excruciating pain all of the time

Cannabinoid therapy and ROC in particular have improved my health tremendously! Before this therapy, I had run out of options. Prior to this Cannabinoid therapy I had run the gamut of treatments, including a large number of pharmaceuticals and natural supplements and therapies to treat my Juvenile Polyarticular Rheumatoid Arthritis. This did not result in […] 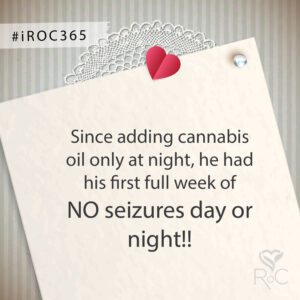 He had his first full week of NO seizures day or night!!

Jensen has improved over this last year, and especially this last month. I am giving a ton of credit to the hemp oil that we are giving him at night.  Jensen almost always has had seizures every night- but since adding this cannabis oil only at night, he had his first full week of NO […] 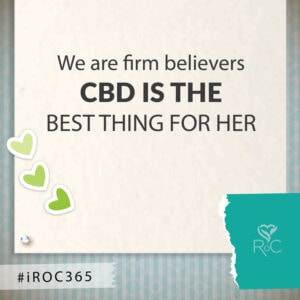 We believe CBD oil is the very best thing for her

Johanna experienced so much improvement when she first started CBD, we weaned her 100% off of her Keppra and she is only on CBD now. This lasted for 6 months and then she started to have seizures again, an unfortunate thing about her particular diagnosis, the seizures will likely be very persistent. We reluctantly started […] 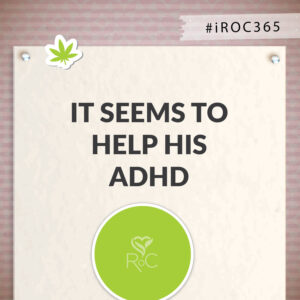 He is a bit more focused

Ruben’s most recent EEG exam has shown much improvement. We will continue to proceed with a longer EEG exam to get the most accurate results. Also, it seems to help his ADHD. He’s a bit more focused.  This has been such a blessing. At the moment I am unemployed to be a full-time caregiver to […] 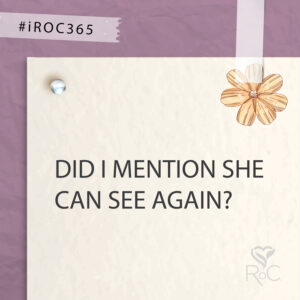 Did I mention she can see again?

Born happy and healthy, Jaqie was stricken by the first of what would be thousands of seizures just days after a normal well check which included scheduled vaccines. Up to that point, Jaqie had progressed normally according to the doctor’s growth charts. After that first seizure, Jaqie was only four months old and would never […] 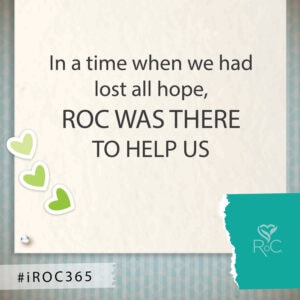 In a time when we had lost all hope

Thank you so kindly for your random act of kindness and love.  You are more amazing than you will ever know. We’ve never come across or met anyone like you or a group of people so amazing as you and the RoC team. It’s like having an extended family that has more kindness, love, and […] 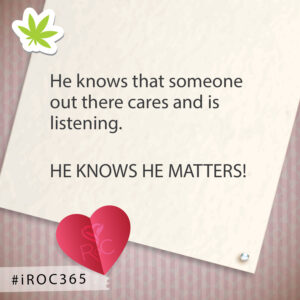 Jason knows that he MATTERS!!

Being on CBD has given Jason hope. He hasn’t had that in quite some time and being accepted into this program and starting to take CBD he has found hope. He knows that someone out there cares and is listening. He knows he matters! The grant money has helped him with everyday needs like food […] 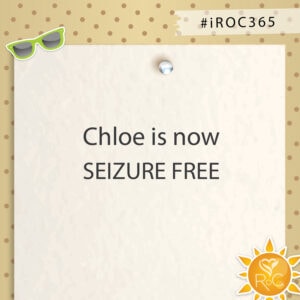 Story provided by Chloe’s family Chloe has been taking cannabinoid therapy for three years and after an EEG to measure seizures, we were told Chloe is now seizure free! To put the icing on the cake, her neurologist admitted to us that she truly believes it was all the oil! She said she has never seen […]